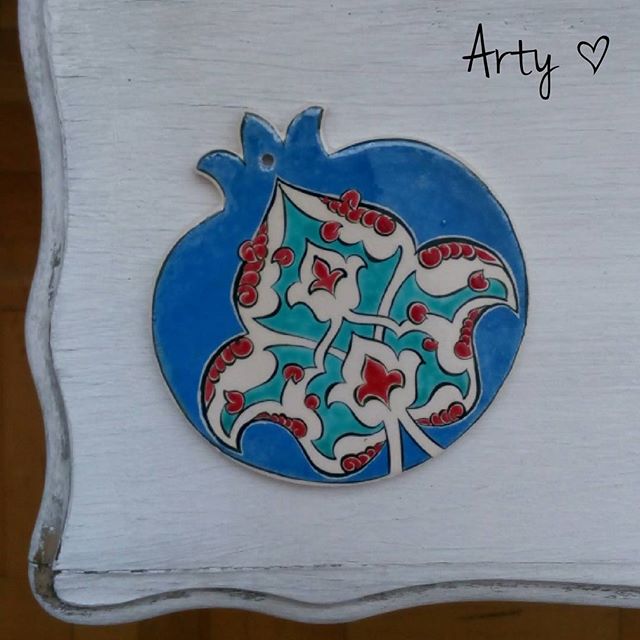 This fantastically shaped piece is decorated with a ‘rumi’ motif. Rumi originated in Anatolia (the Turkish mainland previously known as ‘Rum’) and was a response to the arrival of İslam in a place where animals and organic forms had previously been painted. To avoid continuing with the previous realistic style considered to be offensive mimicry of the creator God, artists stylised the animal and bird forms to create the rumi pattern. If you watch the design unfurl you could almost imagine the flit of a wing or the tremor of a fleeing animal’s thigh in the ordered and contained beauty.

I am currently supposed to be learning to design this form from scratch, but this one was practice from Azade Akar’s iconic book of Turkish ceramic motifs.