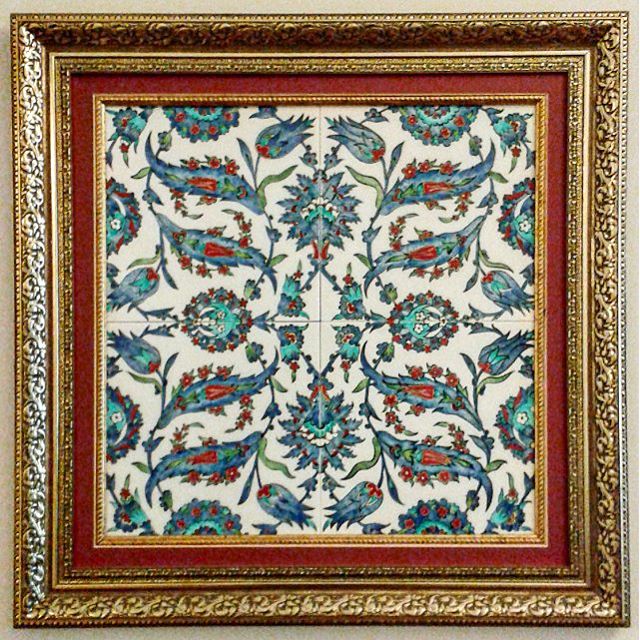 At the height of the the reign of Sultan Süleyman (Suleiman the Magnificent) in the 16th century, çini had garnered an acclaim and appreciation that became synonymous with the great Ottoman Empire itself. But where did this artform originate?

From my research so far (and to cut a long story short), the Turkish çini we still recognise today originated in Central Asia. The Silk Road brought blue and white Chinese ceramics across the steppes and through Iran en route to Europe. Inspired by what they were transporting, the nomadic peoples (then living in Central Asia) started to produce ceramic goods resembling the Chinese style yet strongly informed by the majestic, expansive landscape they lived in.

The acceptance of Islam then brought about significant transformation in the ceramic medium. According to Islamic tradition, it is forbidden to draw exact representations of the world around us: Painting realistic drawings would be to mimic the great Creator, and hence for the artist to claim himself as a rival. The Turks still wanted to draw the world around them that encapsulated so much of their nomadic lifestyle and history. So they stylised the naturalistic forms to produce representations of plants and flowers that looked familiar to the eye, yet was far enough removed from the actual subject that it still respected and honoured the Great Creator.

What an amazing feat of artistic genius and determination! The Turks were so desirous to create that they invented a whole new form of expression that would work within the new religio-cultural framework that they had adopted. Incredible! We must agree with the illustrious İnci Birol and Çiçek Derman, who write in the preface of their excellent book* that,

‘This art which originated from the steppes of Central Asia and reached this present day, developed even more in spirit with the acceptance of Islam by the Turks who put their seal on a great history of civilisation with their highly enthusiastic pens, and with their good taste and with the might of their arm and has reached its most deserving summit.’

Considering the genius, beauty and incredible endurance of the tiles themselves, it comes as a something of a shock to learn that following the decline of Iznik pottery in the 17th century, the craftmanship techniques and secrets were forgotten and subsequently lost for three centuries! How could this be? And how can I be taking a course in a lost artform?